The Christmas that was.

Christmas celebrations this year were as different as never before. Being away from home was quite hard but not as hard. This is because we went for the celebrations away from the city and it was quite like home.

Being in a Norwegian household was a great opportunity not only to make friends, but also to get to know more about the Norwegian culture. It indeed didn’t disappoint because I got to really learn a lot from the three days that I lived with this family.

It is a family that Lives on Fogn island. I got to understand that Christmas is celebrated on the 24th in the whole of as opposed to the 25th as I am used to.

The people on the island are actually quite interesting. The island is so secure such that people actually don’t lock their houses when they go out. The cars are sometimes not locked among other things. This, indeed s an island of tranquillity. Everything not only seems to be working, but working in the right manner.

After church we had the Christmas Eve dinner that was prepared by Dag, the Father of the home.

We later danced and sang Christmas songs as we went around the Christmas tree. The gifts were unwrapped later and it was good to receive beautiful Christmas gifts. 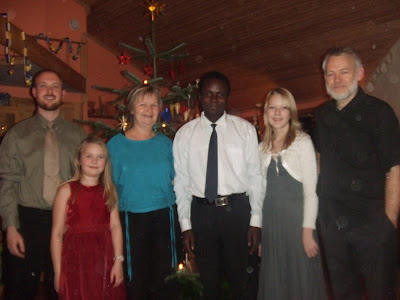 The Christmas tree. From left; Finn, Inga Katrine, Else, Estre Alida, and Dag.

Dag is the father of the home, Else the mother, Estre and Inga are the younger children in the home, and Finn is the eldest son. 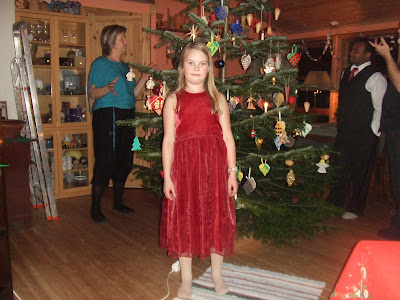 On the 26th, we got an opportunity to go in to the forests for a trip. It was an opportunity to freshen up in the mountains and get the fresh air that we really needed. That indeed was the best way to end Christmas celebrations on this island of tranquillity.

A Walk in the Forest. 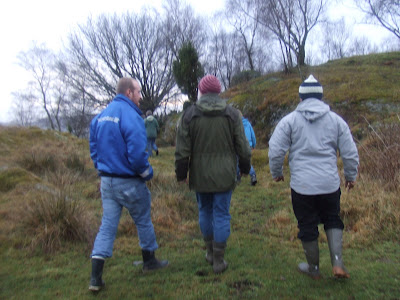 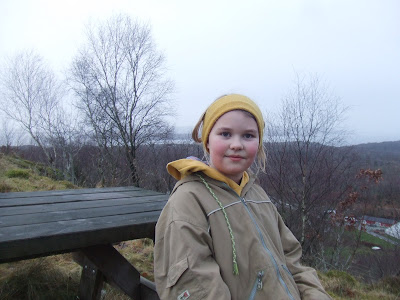 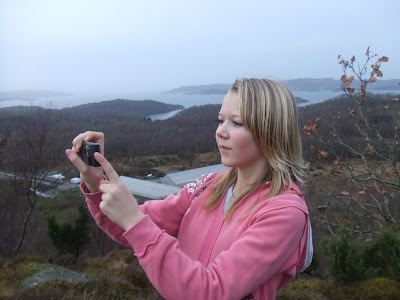 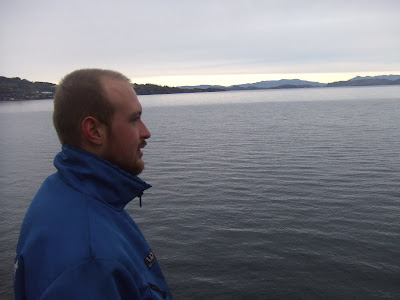 Posted by Joseph Opanda Namutala at 11:54 AM