Preaching in a Norwegian Chuch. 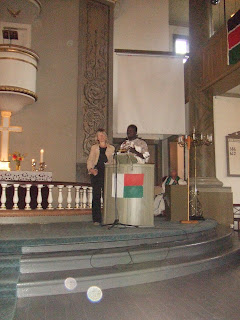 I got an opportunity to preach in a Norwegian church on 23rd September. The church is situated in Mandal, south of Norway. The church is attended by mainly elderly people. The young people normally have their meetings on friday since they dont prefer being in the church. It was good to speak to such a congregation, something that I was doing for the first time. I preached in English but managed afew Norwegian woords of introduction. It was a privilege to preach with Inger Jahanne. She is the principal at Hald Internatioa Center, and she translated for me.

Me and the principal.
There are 13 coutries represented at Hald. The flags of these different countires were displayed all over the church. The Madagascar flag can be seen on the pulpit. Of course you can see the Kenyan flag cospicously as shown below. Surely, am proud to be Kenyan. Other flags could not be seen in the photo. 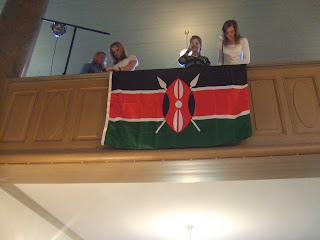 Well, all I say is thank you for the Opportunity to preach. It helped to understand more about Norway and The Norwegian Church.


Kenyan flag in the church.
Posted by Joseph Opanda Namutala at 7:39 AM No comments:

Stavanger, our place of internship.

On 15th, I and Sammy visited Stavanger. It is the city in which we shall live for the next six months beginning 28th September. I dont much of its history, but it is a city with ancient buildings. One of the ancient buildings is a church, shown below. 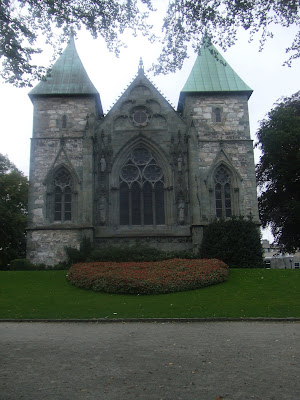 Another thing is that there are many iron men. I dont know what they symbolize, but I hope to learn about them with time. Some of the iron statue are shown below. 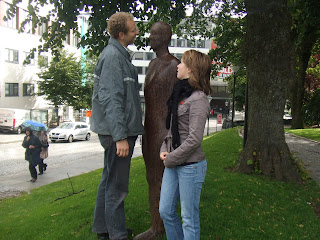 My friends Torstein and Inki in Stavanger.

We shall be living in a well furnished apartment, 15 minutes' drive out of the city centre. It is surrounded by good green fields that are beautiful to behold. Below are ptotos of the rooms and the fields. 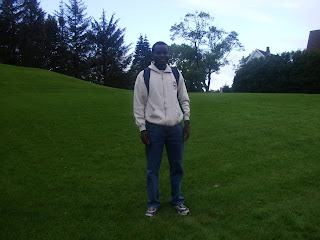 Joseph (myself), standing in a field outside our apartment in Stavanger. 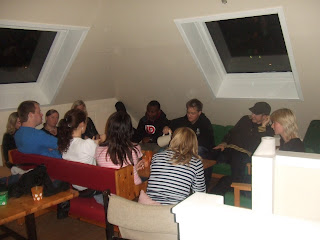 Social gathering of students at Stavanger. 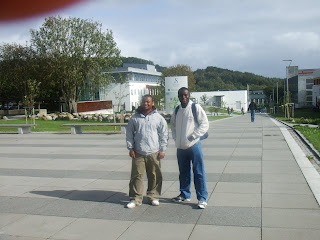 Unuversity of Stavanger where we shall be working with Sammy.
I really look forward to going to Stavanger this friday, a place we shall be living their for the next six months.
Posted by Joseph Opanda Namutala at 10:28 AM No comments:

Language is one of the major constituents of any culture. Although there are so many ways in which communication can be non verbal, no culture can be willing to forego this beautiful God Given gift.

Thus learning Norwegian is part of becoming Norwegian. Learning a new language is not easy. It really needs alot of effort. I ahve been learning Norwegian since we came. Monica has been teaching us in class. However, to practise and learn more, I have a 'personal' teacher. Her name is Ingrid. She is a Lady full of Energy as you can see in the Photo below. 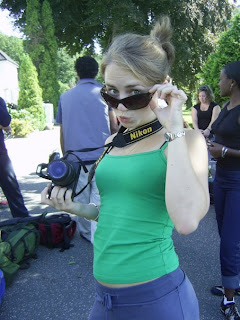 There are off course many other Norwegian students that have helped to practise speaking Norwegian. My regards go to all of them.


Posted by Joseph Opanda Namutala at 6:44 AM 6 comments:

Home, and Home away from Home.


Home away from Home.

I have been in Norway for the last 4 weeks. Norway is a beautiful country on the North of Europe. This country is beatiful. It is green all over now that the summer is just ending. I have been living in the south of Norway, at a place called mandal. This is where hald international school is. It has been good being here because I have learned so much so far.
I have been so observant here, and I am really learning alot from that. I hope to really get to know Norway.
There are 67 students at hald this year. These students are drawn from different countries. It has been good interacting with people from very different cultures. 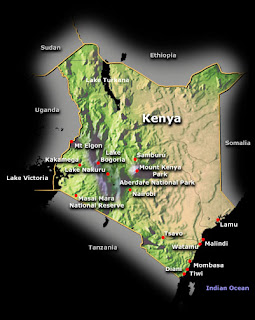 I have lived in Kenya for the last 24 years. I come from the Western part of this very beautiful country. My character has actually been formed from this country.
When I was young, my mum and the teachers of the school that I attended always insisted that because a person had two ears and one mouth, one was required to listen more and talk less. I took up this from them and it has really shaped me. Something that they also taught me was always make conlusions from extensive observations. It has been fun practising those old tricks.

Posted by Joseph Opanda Namutala at 10:47 AM No comments:

Am finally in Norway. It is now 23 days after I got here. Life is pretty different here and i have been spending most of my time trying to get used to the culture. I have been learning alot of Norwegian. It is not an easy language to leran but i like it all the same. It is very different from English. It has 29 letters in the alphabet, in addition to the 26 in English. We have been learn Norwegian in Class here at Hald. I have also been doing alot of practice outside class.