Sigh Of Relief in Kenya.

All eyes have been on the two political leaders since the chaos broke out after elections. The chaos were course uncalled for. The negotiation process has been an anxious moment for most Kenyans. Every evening update seemed to promise no hope, “progress has been made” only to realise that nothing much has been achieved.


It was therefore a sigh of relief when the two principal leaders decided to form what they are calling a grand coalition. The celebrations hat followed the signing of the deal was indeed a show of the anxiety that many Kenyans had, that was thankfully turned into joy.


There is however much more to be done. But I hope that the leaders will continue to show maturity and servant leadership even as the implementation process begins. There is a lot of sacrifices that will be required by many individuals, especially the parliamentarians. As every Kenya, I hope that they will follow suit and show servant leadership that many Kenyans have perhaps been awaiting for.


Bravo Kibaki and Raila.
Posted by Joseph Opanda Namutala at 3:24 AM No comments:

Go, learn and become is what I call the Hald’s three commandments. Having been here for six months now, there are many things that u have been leaning. Of course becoming follows learning. One of the things that I have been becoming is Norwegian. I have just realized that I have become quite like a Norwegian in several aspects.

Eating bread most of the time was not an interesting thing at all. But right now, I can say that bread is one of my favorite meals in .

It is not easy to do skating by all means. But after doing it twice, I can now say that I am among those people that can do skating, even though it is still very pathetic.

This is among outdoor activities that are liked by very many Norwegians. The air in the open mountains is refreshing and it is a lot of fun to do skiing, especially with friends or as a family.

Two weeks ago, we went skiing with a couple of friends in Sirdal. This was down hill skiing. Of course it goes without saying that I got to fall countless times. At first I remember I was so scared to fall. One of the friends we had gone with told me that falling on snow does not hurt anything, other than my pride. He was right!!!! So what I decided to do is to keep falling like a kid; no, the kids were doing much better that I was. So I kept falling like a person who was skiing for the first time. And after several falls, I got the confidence and I had fun the whole day. Of course I was helped alto by friends who were helping me learn skiing.

Here are some photos. 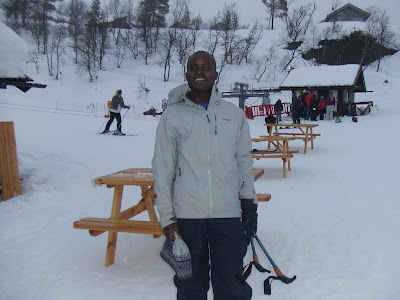 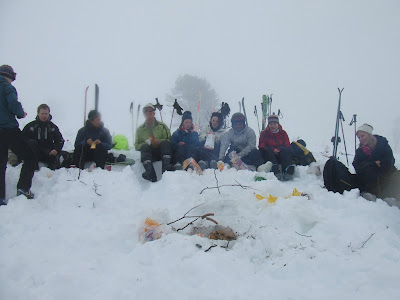 situation in since the family was in last month. It was good hearing about their experiences. One of the most exciting experiences of the weekend was when we had to prepare a Kenyan meal, Ugali for the family and friends. It was good to see that the family liked the food.

Here are some photos as well. 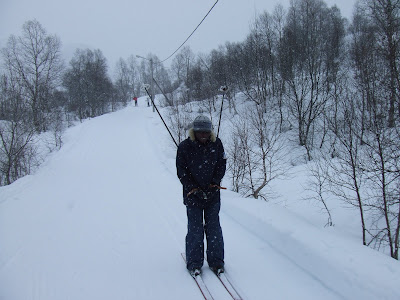 Speaking Norwegian is not easy. I have been trying to speak it whenever I get an opportunity. As much as the progress has been good, it has come with many silly mistakes which I wouldn’t want to mention here. The good thing is that am getting to speak more and more Norwegian and am so happy abut that.

Posted by Joseph Opanda Namutala at 6:57 AM 4 comments:

Imagine this scenario; three thousand people gathered together in one big hall. Most of them aged between 14 and 19 years. Several bands of great singers and many good preachers. I bet that such a combination produces some kind of a ‘mess’, especially during singing.

This was what characterized Impuls 2008 at the IMI church a few days ago. The young ones were crazy for Christ as one would say. The first night saw more than 50 of them come in fellowship with Christ. 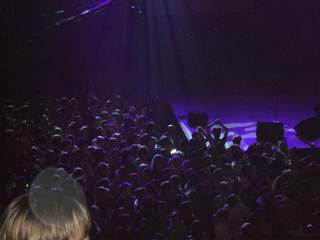 Worship during the conference.

The mess in this case is of course not negative. The fact that excitement fills the air as they sing for joy to the Lord who has given them, and of course me and all the Christians freedom. During the conference, I rediscovered some of my gifting. I had kind of forgotten about it for sometimes. This gifting is actually making ululations. I realized on that weekend that once a boy, always a boy as I shouted my head off during the singing.

There is this song really got to my heart. It was called Frihetens Konge, which basically means King of freedom. Indeed Jesus is our king of freedom. Seeing the many young people, including myself jumping with joy was indeed a confirmation of this.

The main purpose of Impuls is to bring an awakening among the young in churches in and the world over. Once again, seeing such a big gathering, one is left to conclude that the Christianity is alive in among the young.

Posted by Joseph Opanda Namutala at 4:43 AM No comments:

It began as a premonition. But it ended up as a strategy. On the 27th of December 2007, Kenyans queued to vote for their local governments, members of parliament and a president. So far, at least they have oh no!! We have a president, whose legitimacy is in question.

But I would wish to share my experience over these days. I followed the elections on internet. In the evening of the voting day, we went swimming. It was so hard to concentrate on swimming since I was anxious to know the results, just like any Kenyan. The difference was that I was doing it from thousands of kilometers away.

When we came back from the pool, it was about 2000hrs, in which case it was 2200hrs in . As the analylists would call it, the results had began trickling in. I was to travel the next day to a conference. Well, I tried to sleep and I couldn’t for the whole night. When I realized that my trying to sleep was futile, I read all the night as I followed the news. The results were quite surprising as the sitting members of parliament kept loosing their seats. Another occurrence was that quite a number of ministers and their assistants were being ‘send home’ at a not so surprising rate.

Three days later, the Electoral Commission announced the results that were long disputed before they were announced. I could not access internet at the conference, so I had to rely on my friends in to update me. Anyway, the declaration of the one of the candidates as a winner resulted in untold violence across as it is now known internationally.

But there is one thing that is very disturbing to me. As one part of the country is intact, the other part of the country is basically on its knees. In the west, a city that not so long ago celebrated its a hundred years is no longer a city, but a shell. This is just but one among the many bad things that have happened.

The politicians continue politicking. The rich continue to be rich, and of course the poor fight each other and die. And if they don’t die they are left to live in more poverty than they have ever before. That seems to be democracy in these days.

And I have this hope against hope, that the politicians will listen to each and themselves even as Kofi Annan does all he can to help the Kenyans save a country that was once known as an island of peace. And that will emerge stronger than before, with reforms that will favor the populace, but not the leaders and the rich few, some of whom have no Kenyans’ interest at heart.